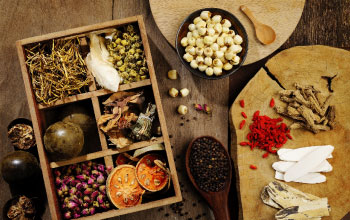 The use of Chinese medicinal herbs originated back to 5000 years ago and was founded by the legendary emperor called Shen Nong. He sampled various kinds of plants and insects by ingesting them to test and analyze their individual effects. According to the ancient texts, Shen Nong tasted a hundred herbs including 70 toxic substances in a single day, in order to help people recover from their illnesses. He eventually died due to intoxication after eating centipedes. Since then, his discoveries had been passed down from generation to generation, and the efficacy of Chinese medicinal herbs has been perfected over time through millions of ongoing human clinical trials conducted since the beginning of its use.

Just as food is our medicine, many of the Chinese herbs are simply the food that we eat: cinammon, gingers, goji berries, rice, yam, etc. They also consist mostly of natural plants, such as leaves, flowers, twigs, stems, roots, barks, etc. Some herbs are derived from animals, such as chicken egg yolk, chicken gizzard, beef liver, etc; while others are made of minerals like amber stone, oyster shells, pearls, etc. Basically, herbs are the powerful gifts of nature for us, and there are more than 3000 of them (and still counting) today.

Due to the time-proven effectiveness of Chinese herbs, many pharmaceutical drugs have been synthesized from them. For example: Aspirin was synthesized from Willow Barks, Hirudin was derived from the saliva of medicinal leeches, and Pseudoephedrine was synthesized from the extract of Ephedra or Ma Huang (麻黃). Unfortunately, although these conventional drugs are powerful, such methods of extraction and/or chemical synthesis have caused each of them to produce adverse effects as well. That is why, in order to treat a single symptom, many patients need to take multiple drugs to treat the side effects of the primary drug.

Chinese herbs, on the other hand, are used in their most natural forms and found to have considerably fewer side-effects compared to the conventional drugs. The ancient Chinese doctors had discovered ways of combining the appropriate herbs to cancel out their side effects and maximize the efficacy as well as potency of those herbs. They call it the art of herbal prescription. Today, Chinese herbs have been used to successfully treat many modern diseases such as fibromyalgia & pain, allergy & sinus infection, insomnia, irritable bowel, anxiety/depression, and many more. A single herbal prescription that you consume can take care of your multiple symptoms, minus the side effects. Last but not least, Chinese herbs are also useful in reducing the side effects of conventional drugs such as antibiotics, chemotherapy, etc.

If you are looking for a natural, extremely reliable remedy to your problems, Chinese Herbal Medicine is the solution for you. It is the most sophisticated form of medicine that is based on 5000 years of human clinical trials. 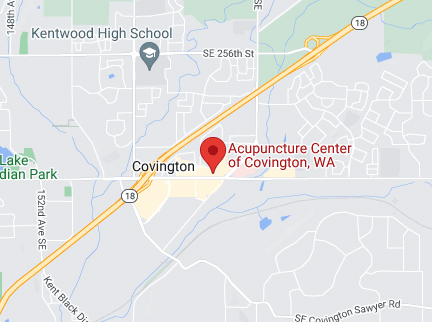 What People Are Saying

I truly enjoy Shirley and Ed at the Acupuncture Center. They take the time to listen and I never feel rushed. They are atentative to listening to your body's imbalances and listening to feedback on follow-up visits.

Sherry B. on Google

Shirley had helped me so much in the past several months. It has been great to find someone who will find the root of the problem and not just put a bandaid on it.

Fantastic! I've been going for over a year and Edward he is so thorough and extremely knowledgeable. Highly recommended.

Shirley and Edward have shown care and patience the first time I saw them. Never have I seen people who are so meticulous with such detail!

My treatment has been with Shirley. She is a very caring professional and cares about all aspects of your life, not just the reason you came in. I have had nutritional counseling, Chinese herbs, and acupuncture with her, and I highly recommend her.

My first impression was a peaceful and clean waiting area, the wait was, well there was NO wait really. Ed was awesome attentive and patient while I rambled on with my "issues". He spent a great deal of time evaluating my painful ankle, and explaining my treatment plan as well as the payment and insurance process.